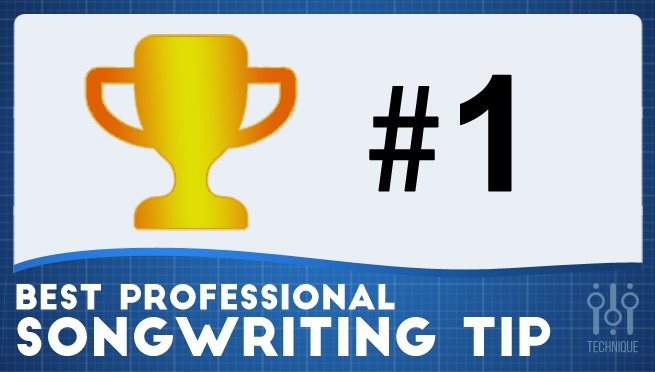 Phew, you ready? This is a good one…

Today we’re talking about one of those “secrets” that will help you transition from good to great songs.

This one is all about flow…

You already know what flow is of course: When there’s no distractions in the music and one line takes you smoothly to the next, when everything grooves, when there’s no clutter or lack of elements, when it feels “right” – that’s when you have flow.

Today we will take a look at a technique that can actually help you create this flow, and it is called…

This is one of those techniques every professional instinctively knows, but it’s a hard one to get your head around if you haven’t been writing songs for decades.

Trading Space is all about focussing your audience. Our brain can really only focus on one thing at a time, so whenever we hear a song that splits our attention, we get confused.

For example, a mistake often made is to have a singer sing over a intricate drum fill. This doesn’t work because it splits your audience’s attention.

“Should I listen to the drums or the vocals? I’m confused”

What you want to do instead is to trade space: Imagine your song like a stage in a nice old theater. Every sound, every instrument in your song is standing on that stage.

Now all of them are waiting for their turn to enter center stage. Here is where the magic happens.

Whatever is center stage you focus on. If your singer sings, he becomes the center of attention. All the other instruments accompany him in the background.

If the guitarist has a solo, the singer moves back and the guitarist enters center stage (yeah I know it’s not the 90s anymore, stop asking me that). Now he is the focus of the audience and the singer is not important.

This much shouldn’t come as a big surprise to you. It’s clear that you don’t let the piano and guitar solo at the same time.

What is not so obvious is that this rule applies to many other situations as well.

For example, if you’re mixing a call & response section in your song, don’t put too much delay on the “call”, because it will clash with the response.

As I stated earlier, if you want to use a drum fill while your singer is still singing, make it dead simple. Don’t let that drum fill steal the show of your singer. It should be felt, and nothing more.

Don’t write a drum fill and have the bass play a pick-up phrase at the same time unless they fit together perfectly (btw: If you want to learn how to write fills, here is the best way to learn).

And here’s a biggie I hear all the time: For god’s sake, if you’re using synth leads, don’t play them at the same time as your vocals. They are both competing for center stage. For some reason songwriters still put distracting synths in their verses and choruses

Why is this mental image of trading space so important? Why should you be seeing your song as a stage?

Because it prevents you from overwriting, from getting yet another idea for a part that could also fit this section. Being a great songwriter is NOT writing a lot of good things. It’s trying out a lot of things, finding one that’s great and then ONLY using that one.

It also helps you focus on what’s important. In your arrangement and your mix you will have less problems because you will know what to mix around.

And lastly, when you envision all the instruments playing your song, you will get new ideas for “trades”. In other words, you will notice if your vocalist has taken up all the space the entire time.

If this is the case, then maybe it’s time to let another instrument take over for a short while. Let the guitar play a short riff or interesting rhythm into the gaps of the vocals. Start your next song with just the bass instead of the piano.

Think “fair”. Let every instrument have its little moment. This becomes especially important over the course of an album or live gig.

Even if it’s just a second, make sure you let each instrument remind your listener that it’s there. This excludes soft pads and other very subtle instruments that are used to double or fill the mix, of course.

And one more thing: Trading space quickly can be used as an effect. Remember Sum41’s Fatlip? Listen to the first verse and see how it creates excitement and speed by letting different vocalists quickly trade center stage.