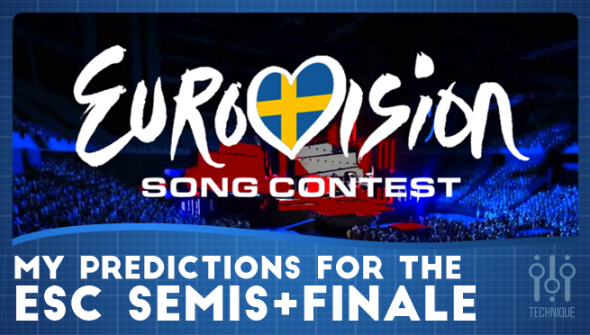 So let’s talk gossip. Who’s gonna win this year and who’s gonna bite the dust? In this short & sweet article, you’re gonna find all my best guesses for this year, and it’s all updated as we go through the various stages of the ESC.

I based my picks on 4 main aspects for this list, based on analyzing the placements of the last couple of ESCs:

This article is just for entertainment purposes. If you want to read my reviews on all 43 songs, check out this blog here.

(From Iveta Mukuchyan’s LoveWave. All rights belong to their respective owners)

WON: Freddie – Pioneer (Hungary)
An obvious candidate. A charismatic, rough voice delivering a strong message to the beat of huge kettle drums: What more do you want?

WON: Nina Kraljic – Lighthouse (Croatia)
Another clear winner. The way Nina Kraljic combines ethnic sounds with an american production is very much worth listening to and one of my favorite songs this year.

WON: Iveta Mukuchyan – LoveWave (Armenia)
A strong song and a strong performance. I would be very surprised if this one didn’t make it into the finale.

WON: Gabriela Guncikova – I Stand (Czech Republic)
A crazy good song and a stellar vocal performance. No question about it, we’ll see this lady again.

WON: Ira Losco – Walk On Water (Malta)
Another one of my favourite tracks. The groovy chorus and the powerful vocal performance make this one worth listening to.

WON: Zoë – Loin D’Ici (Austria)
The video is colorful, Zoë is likeable and you can dance to it. It’s not perfect, but it just might work.

WON: Minus One – Alter Ego (Cyprus)
We’ll see how this one does in the finale, but it’s a good song, professionally made, so I don’t see why this shouldn’t be one of the 10 chosen songs.

WON: Samra – Miracle (Azerbaidjan)
It’s got glitz and glamor. A sure contender for the finale.

WON: Sergey Lazarev – You Are The Only One (Russia)
Not my favourite track, but the Russians are playing their cards right marketing-wise. The community is huge and the music video is mesmerizing.

LOST: Jüri Pootsmann – Play (Estonia)
The cool, bass-heavy voice of Jüri convinces me fully, but Play is one of those songs that might not make it to the finale because of its intrinsic Bowie-like weirdness.

Who did I miss?

WON: Douwe Bob – Slow Down (Netherlands)
Yes, it’s well written and produced, but “Slow Down” is just not special enough to make me care, even though it clearly stands out from all the anthemic songs this year.

(From Dami Im’s “Sound Of Silence”. All rights belong to their respective owners)

WON: Justs – Heartbeat (Latvia)
The voice, the production, the melody, the stylish video… I don’t know what it is, but this song’s got something.

WON: Hovi Star – Made Of Stars (Israel)
A frontrunner. No question about it: We’ll see this gentleman again in the finale.

WON: Dami Im – Sound Of Silence (Australia)
A very american-sounding, interesting production, a great chorus and a breathtaking vocal performance. It won’t be the last time we hear this one.

WON: Poli Genova – If Love Was A Crime (Bulgaria)
This one speaks to that new Justin Bieber audience of relaxed head-nodders. A great track and a clear choice for the finale.

WON: Laura Tesoro – What’s The Pressure (Belgium)
A groovy feel-good song and the singer’s got a pretty smile? Count me and thousands of other men in.

LOST: Nicky Byrne – Sunlight (Ireland)
Nothing to love or hate about this one. It’s just very agreeable. Although I’m sure there’ll be enough people to call in for Sunlight, so we’ll have to hear it (and forget it) again in the finale.

WON: Donny Montell – I’ve Been Waiting For This Night (Lithuania)
It’s well produced and very danceable, so you bet your ass this one will make it.

LOST: ManuElla – Blue And Red (Slovenia)
Country-esque tracks always did alright at the ESC, so it wouldn’t surprise me if this one got a couple of votes. Plus, it’s got that Aleyeyayyy part…

LOST: Lighthouse X – Soldiers Of Love (Denmark)
Another unimaginative submission, but again, the corny stuff usually does very well at the ESC. 5 bucks on Denmark, please.

LOST: Rykka – Last Of Our Kind (Switzerland)
Not entirely sure if this one will make it with all its strange harmony and old-fashioned synths. But it’s got a good central performance going for it, so we’ll see. I’ll betcha it’s gonna be close, though.

Who did I miss?

WON: Michal Szpak – Color Of Your Life (Poland)
Didn’t expect this one. Yes, he’s got a great voice and it’s all well-done, but it’s too much pathos for my taste.

WON: Sanja Vucic ZAA – Goodbye (Shelter) (Serbia)
I was on the fence on this one and had it in my first list. I should trust my gut more 🙂

WON: Jamala – 1944 (Ukraine)
Again, doesn’t surprise me and I do really like the track. This one also was on my first list but I took it off in favor of “Soldiers Of Love”. Again, shouldn’t second guess.

WON: Nika Koscharow & Young Georgian Lolitaz – Midnight Gold (Georgia)
YES! I didn’t expect this one to work for a mainstream audience, but boy am I happy it did. That verse!

(From Hovi Star’s “Made Of Stars”. All rights belong to their respective owners)

Now without further ado, here is my Top 5 for who will take home the trophy this year in Sweden.

The guy can sing, the theme’s cool and the song still gives me goose bumps. What more can you expect? Well, how about charisma, professionalism and style? Yep, he’s got that down, too. And we all know the performance is gonna look incredible with a song called “Made Of Stars”. Plus, on top of everything, he’s openly gay! I mean, come on… if this guy doesn’t win, who will?

Maybe Dami Im. She’s certainly got the voice and the song and her production team knows how to make her look good. The production of Sound of Silence is original and the song does almost everything right. Let’s be honest here: Should Australia win this thing, it would be hard to object.

It’s not as commercial as the other two, but “Lighthouse” by Nina Kraljic remains one of my favorites this year. The way it blends ethnic instruments and melodies with American Pop music is very much worth listening to. I must say her voice still bugs me slightly in the verses, but when that chorus hits, I’m all hers. From what I’ve seen she’s got a great show planned for the Semi Finals and I’m sure she has a couple more tricks up her sleeve for a glorious finale as well.

He’s charismatic, he can sing and his song “Pioneer” comes with a message and large kettle drums: Freddie will certainly melt a lot of hearts in the crowd when he performs this Saturday. If it’s enough to compete with the big 3 above we’ll see. But his rough voice will certainly stick with a lot of people in a submission pool of very polished, clean singers.

5. Poli Genova – If Love Was A Crime (Bulgaria)

You wouldn’t notice this one if it played on the radio one day (that’s a compliment!). It’s got the production and the vocal skills and there are enough people in Europe who like this Justin Bieber type music enough, so who knows? This one might just be a winner.

QUESTIONS (Answer Below In The Comments!)